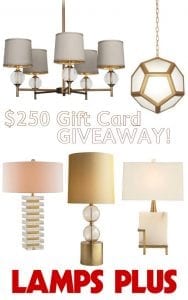 In a 5-4 opinion, the U.S. Supreme Court ruled in favor a corporate employer that sought to force individual arbitration of a dispute. The Court refused to permit class arbitration, i.e., the procedure used to file claims on behalf of others similarly situated.

The case arose when an employee of Lamps Plus sought to hold the company liable for negligently securing sensitive personal information of its employees. This negligence allowed a hacker to infiltrate the database. The company moved to compel arbitration, but only of the employee’s individual claim, not of the proposed class action. The arbitration provision was silent on allowing class arbitration. Based on the contra proferentem doctrine, which holds that ambiguities are construed against the drafter, the Ninth Circuit affirmed a ruling that class arbitration can be pursued. The Supreme Court reversed.

The state law doctrine, a rule of contract interpretation, advanced important public policy considerations which favor those with unequal bargaining power. The doctrine does not help determine whether parties consented to contract terms. Rather, it is a tool to “break a tie,” that is, all other things being equal, the ambiguity goes against the drafter. The Supreme Court found this approach “flatly inconsistent with the foundational FAA principle that arbitration is a matter of consent.” Lamps Plus v. Varela, citing Stolt-Nielsen, 559 U. S. at 684.

The Court’s decision, in many ways, logically follows from an earlier watershed case, AT&T Mobility LLC v. Concepcion, 563 U. S. 333 (2011). In Concepcion, the Court considered the general contract defense of unconscionability. Courts apply this doctrine to bar enforcement of contracts in special situations where one party uses unequal bargaining power to impose ‘take-or-leave it’ terms that are unfair or buried in fine print. State courts used the rule to bar class action waivers in consumer contracts. However, the general applicability of the unconscionability doctrine did not save it from preemption under the FAA because it had the effect of allowing any party to a consumer arbitration agreement to demand class proceedings “without the parties’ consent.” Epic Systems, 584 U. S., at ___ (slip op., at 8) (describing the “essential insight” of Concepcion). As such, the doctrine “interferes with fundamental attributes of arbitration and thus creates a scheme inconsistent with the FAA.” Concepcion, 563 U. S., at 344.

Lamps Plus uses the same reasoning: “The general contra proferentem rule cannot be applied to impose class arbitration in the absence of the parties’ consent.” A party may arbitrate class actions only if the agreement expressly grants consent. Silence is not consent.

Business Litigation Lawyer by Your Side
Non-Disparagement Clause in Settlement Agreements: Enforceable or Not?